This 2014 End of Year Survey is hosted by Jamie at The Perpetual Page-Turner.

Number Of Books You Read:

Didn’t really count, but I would say no more than 5 or 6

Genre You Read The Most From:

Wow…this is a tough one; I would have to say that I can’t choose just one. So I’ll go with:  Erased by Jennifer Rush, Ignite Me by Tahereh Mafi, The Treatment by Suzanne Young, Split Second by Kasie West and Parallel by Lauren Miller

Book You Were Excited About & Thought You Were Going To Love More But Didn’t?

I’m going to go with Ordinary by Jess Petosa…..even though I gave it four stars; I expected to like it a lot more.

Still Point by Katie Kacvinsky…..I wasn’t sure I was going to like the ending of this book, and I didn’t. I was not 100% happy with the way that the author ended it, but the book in itself was a nice wrap up for the series.

I actually don’t think I recommended a single book this year.

Favorite new author you discovered in 2014?

Best book from a genre you don’t typically read/was out of your comfort zone?

Most unputdownable book of the year?

Lola and the Boy Next Door by Stephanie Perkins

Book You Read In 2014 That You Are Most Likely To Re-Read Next Year? 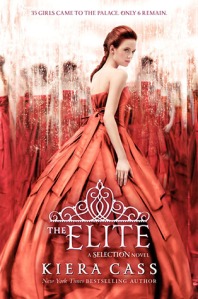 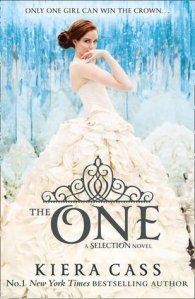 Most memorable character of 2014?

Most beautifully written book read in 2014?

The Trouble with Goodbye (Fairhope #1) by Sarra Cannon

Most Thought-Provoking/ Life-Changing Book of 2014?

The Testing by Joelle Charbonneau

Book you can’t believe you waited UNTIL 2014 to finally read?

Lola and the Boy Next Door by Stephanie Perkins

Favorite Passage/Quote From A Book You Read In 2014?

Anything by Suzanne Young or Tahereh Mafi, they are both amazing writers, I couldn’t just pick one favorite passage or quote from their books.

Book That Shocked You The Most

Ordinary by Jess Petosa….wasn’t expecting it to end the way it did.

OTP OF THE YEAR (you will go down with this ship!)

Favorite Non-Romantic Relationship Of The Year

Ignite Me by Tahereh Mafi, unfortunately most of the books I read were part of series.

Best Book You Read In 2014 That You Read Based SOLELY On A Recommendation From Somebody Else/Peer Pressure:

Parallel by Lauren Miller and The Selection Series by Kiera Cass

Newest fictional crush from a book you read in 2014?

Prince Maxon from The Selection Series, he is an amazing character.

The Testing by Joelle Charbonneau

Book That Put A Smile On Your Face/Was The Most FUN To Read?

Lola and the Boy Next Door and Isla and the Happily Ever After by Stephanie Perkins, both of them were just a lot of fun to read.

Where You’ll Find Me by Erin Fletcher

Hidden Gem Of The Year?

Made by J.M. Darhower

Book That Crushed Your Soul?

I didn’t really read a book like that this year.

City of Heavenly Fire by Cassandra Clare, only because it was the only Otherworld type book I read this year.

Book That Made You The Most Mad (doesn’t necessarily mean you didn’t like it)?

Favorite review that you wrote in 2014?

Haven’t really had anything like this. Took a break from blogging for part of 2014.

Best moment of bookish/blogging life in 2014?

Getting to reveal the cover for Made by J.M. Darhower

Most Popular Post This Year On Your Blog (whether it be by comments or views)?

November 11, 2014: Top Ten Tuesday Characters you Wish would get their own book.

Did you complete any reading challenges or goals that you had set for yourself at the beginning of this year?

Unfortunately no. Been a bad year for me with reading and blogging.

The Jewel by Amy Ewing

Book You Are Most Anticipating For 2015 (non-debut)?

2015 Debut You Are Most Anticipating?

Series Ending/A Sequel You Are Most Anticipating in 2015?

The Heir by Kiera Cass | Reborn by Jennifer Rush

One Thing You Hope To Accomplish Or Do In Your Reading/Blogging Life In 2015?

Hope to befriend more fellow bloggers, and read more of the books I have on my Kindle.

A 2015 Release You’ve Already Read & Recommend To Everyone:

I haven’t read any.